TulsaPeople Celebrates 50 Years in Catoosa: Building On A River of Opportunities 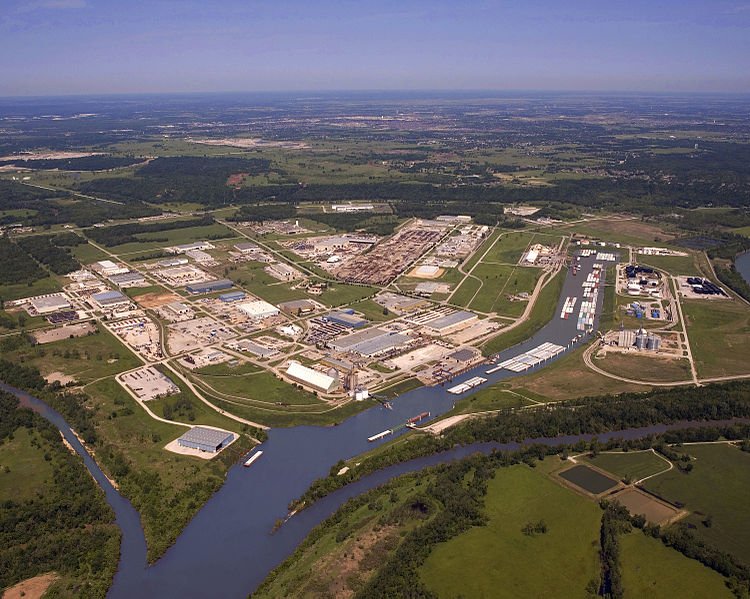 An aerial view of the Tulsa Port of Catoosa that is comprised of 2,000 acres hosting 70 companies.

Commuters, and occasionally a semi-truck, woosh and hum across a bridge over the Verdigris River on Route 66 between Catoosa and Claremore. Along the west side of the bridge, a train pulls 50 railcars loaded with coal and other materials.

Below, a towboat quietly pushes 12 hopper barges of grain — equal to 720 semi loads —through the 9-foot-deep river channel. From the Tulsa Port of Catoosa, the cargo begins its journey to the other side of the world.

The shipment — which will travel 445 miles on the McClellan-Kerr Arkansas River Navigation System from Catoosa to Little Rock before floating down the Mississippi River until it reaches New Orleans, then heads to China — is one of the more than 50,000 barge loads that have departed one of the most inland ports in the country. In its lifetime, there have been more than 87 million tons shipped from there to date.

Tulsa Port of Catoosa is 50 years old. Located on its 2,000-acre grounds are 70 companies employing more than 3,000 people and generating an annual economic impact over $300 million.

What started as an expensive experiment continues to adapt, evolve and grow. A new acquisition in Inola will double capacity. But first, a bit of history.

“I can remember like it was yesterday, driving up on top of the hill up there that we affectionately called Early Cass Overlook,” says Port Director Emeritus Bob Portiss about a hill to the northwest of the campus named after the port’s first developer. “In 1973 there was maybe a light here or there, but you didn’t really expect to see anything, and you didn’t. It wasn’t that many years afterward that it transformed. Now you look down. By God, it’s just a city unto itself.”

The legislators partnered to obtain federal funding needed to mitigate future flooding that would eventually also create a major business opportunity for northeast Oklahoma. Billions were spent over the next two decades for a lock system.

That collaboration echoed in the approach of the City of Tulsa and Rogers County to push forward a nine-person City of Tulsa — Rogers County Port Authority. The Port Authority’s mission is to promote the long-term viability of the waterway and its ability to provide water transport, while growing the employment and economic base of northeast Oklahoma. The Port Authority also works to optimize the region’s barge and related rail and truck bulk freight patterns, while overall operating with financial independence. 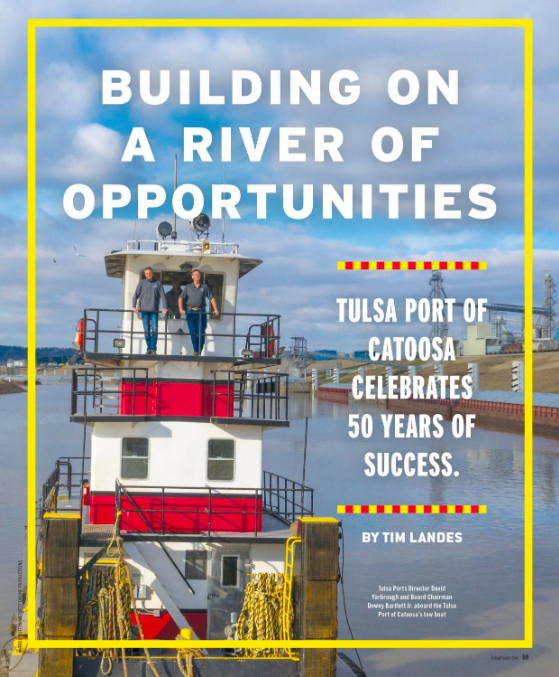